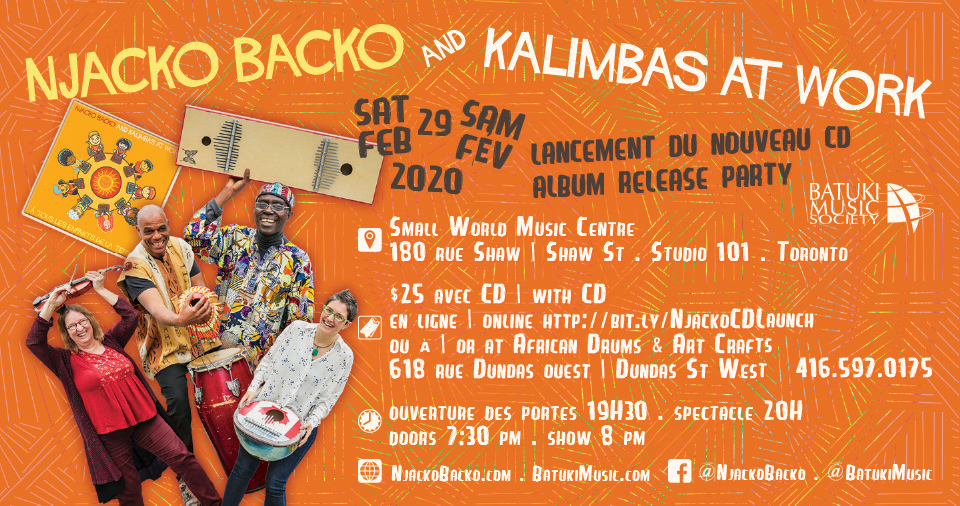 While deeply rooted in Cameroonian genres of Ben Skin and Manganbeu, Njacko breaks tradition by layering in up to three kalimbas (African piano) and adding ngoni (African harp) to create vibrations that are not only fun to dance to but are deeply nourishing for the soul. Njacko has dropped most of the western instruments from his previous recordings and maintained his signature award-winning songwriting and melodies. He also keeps the fiddle played by world-renowned fiddler and longtime collaborator Anne Lederman. The band includes Njacko (kalimba, ngoni, percussion, lead vocals), Anne (kalimba, fiddle), Valery Woloshyn (kalimba, percussion) and Walter MacLean (percussion).

Njacko was recently chosen as a finalist for the 2019 Johanna Metcalf Performing Arts Prize which recognizes artists who have had an impact on their field and the public and show great promise for the future. At a time in the world when young people are speaking up for their futures and the future of the entire planet, Njacko draws his inspiration from children and creates music that underscores the importance of love, togetherness and respect. Universal love is the common theme throughout all of Njacko’s artistic offerings. Njacko says, “Every time I perform, my goal is to touch people’s hearts, make them dance and have fun.”

In partnership with Ontario Arts Council and Batuki Music Society. 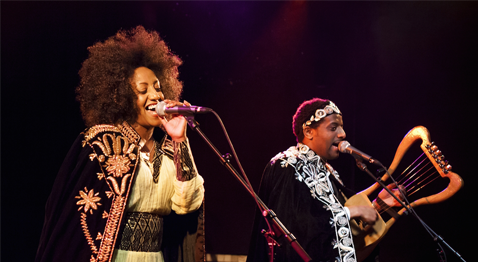