Fantahun Shewankochew is Toronto-based musician who is an acoustic krar player (five or six-string harp), vocalist, composer, arranger and instrumentalist. He started his musical career at a young age often singing at school performances where he imitated older established singers like Muluken Melese and his idol Tilahun Gessesse. The latter is one of the finest and most beloved singers that Ethiopia has ever produced, and whose career spans over 50 years. A graduate of the Yared School of Music in Addis Ababa, Shewankochew is well experienced in the unique tunings of Ethiopian music. Before moving to Toronto he worked as the music department coordinator of the Ethiopian National Theatre in Addis Ababa. Shewankochew has toured widely in Africa, Europe, Asia, South and North America with various bands such as the Medina Band and the Sounds of Saba. 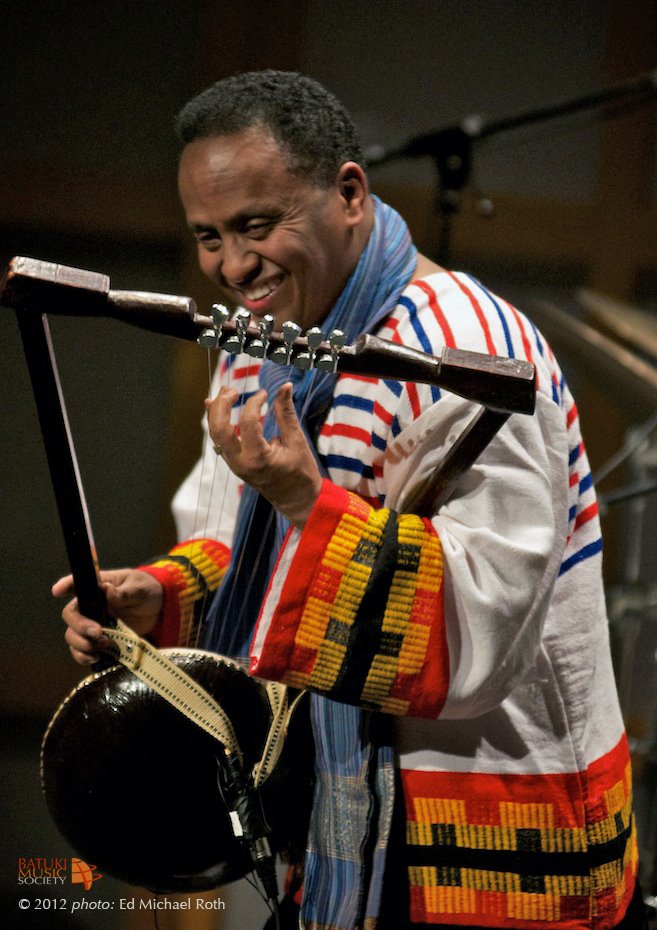 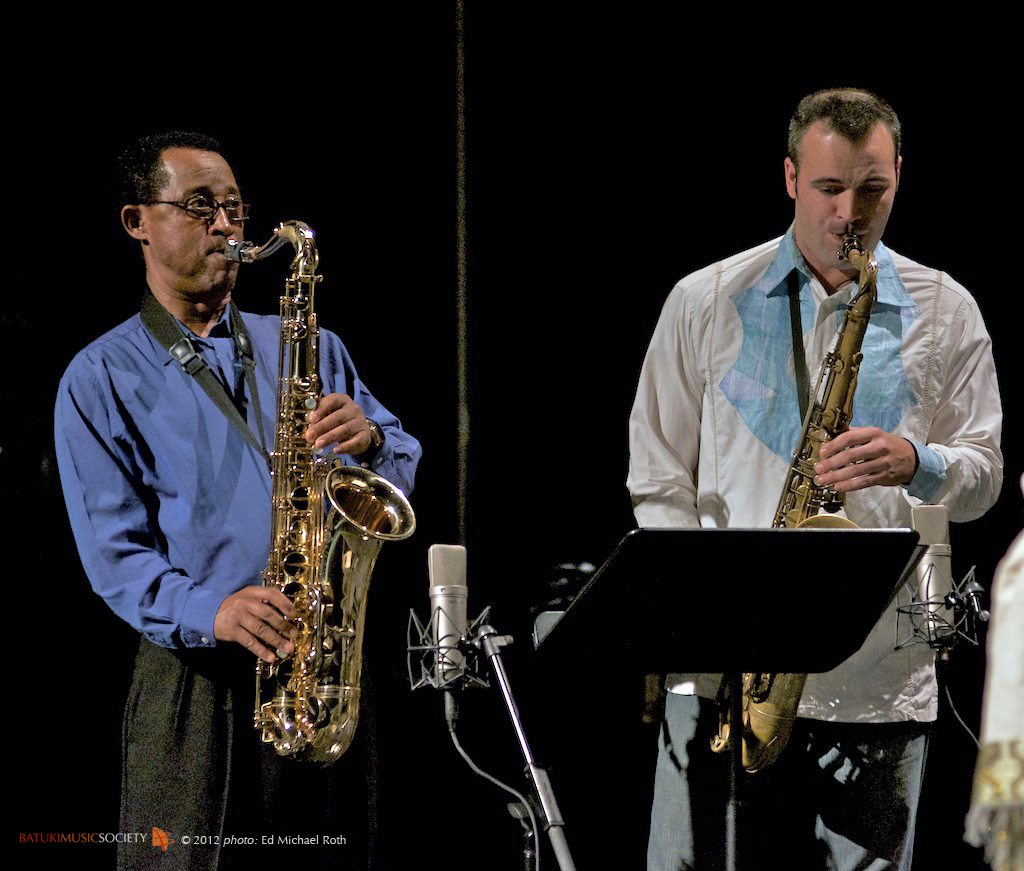 Shewankochew has released various albums while in Ethiopia and also collaborated with many musicians on projects and tours. Since his arrival in Toronto in 2011, he has performed at Harbourfront Centre, the Music Gallery, Gladstone Hotel, and most notably with an all-star collective at the Glenn Gould Studio for CBC’s Canada Live and the Luminato Festival. Currently he is working on a recording and plans to release an album later this year. Fantahun Shewankochew is regarded as one of Ethiopia’s finest acoustic krar player, vocalist and composer.

Netsanet Mellesse is a talented Ethiopian vocalist whose repertoire covers many genres that include traditional, gospel, Ethio-jazz and contemporary music. She grew up in a religious family and therefore, part of her upbringing involved taking part in church activities such as singing in a choir, a practice that helped to hone her skills as a singer. Mellesse had a chance appearance on a radio show run by her older sister where she sang on a Sunday show. Her melodious voice was heard by many including the ‘Walias Band’, a popular group at the time who invited her to perform with them at the Hilton Hotel in Addis Ababa. She has shared the stage and recorded with various popular Ethiopian groups as well as toured with Aster Aweke. Netsanet Mellesse has recorded and released more than five albums since her debut hit album “Yelal Doju in 1983.

The music of Ethiopia is very diverse as it has more than 80 ethnic groups, distinct regions and climate. Traditional music of Ethiopia remains popular and sometimes uncorrupted by foreign influence since the country had little contact with the outside world except for a brief attempt by Italy to colonize it. Ethiopia’s music uses an essential modal system (pentatonic scale), which is called “qenet.” There are four main modes of qenet; tezeta, bati, ambassel and anchihoy.

The Sounds of Sheba ensemble is led by vocalist Fantahun Shewankochew on acoustic krar, Daniel Barnes on drums, Tom Juhas on guitar, Simeon Abbott on piano, Tyler Emond on bass guitar, John Maclean on saxophone, Steve Dyte on trumpet, Paul Turosov on trombone and guest vocalist Netsanet Mellesse. Be ready to be impressed by this band, which would no doubt win you over to the complex, diverse and yet beautiful music of Ethiopia.