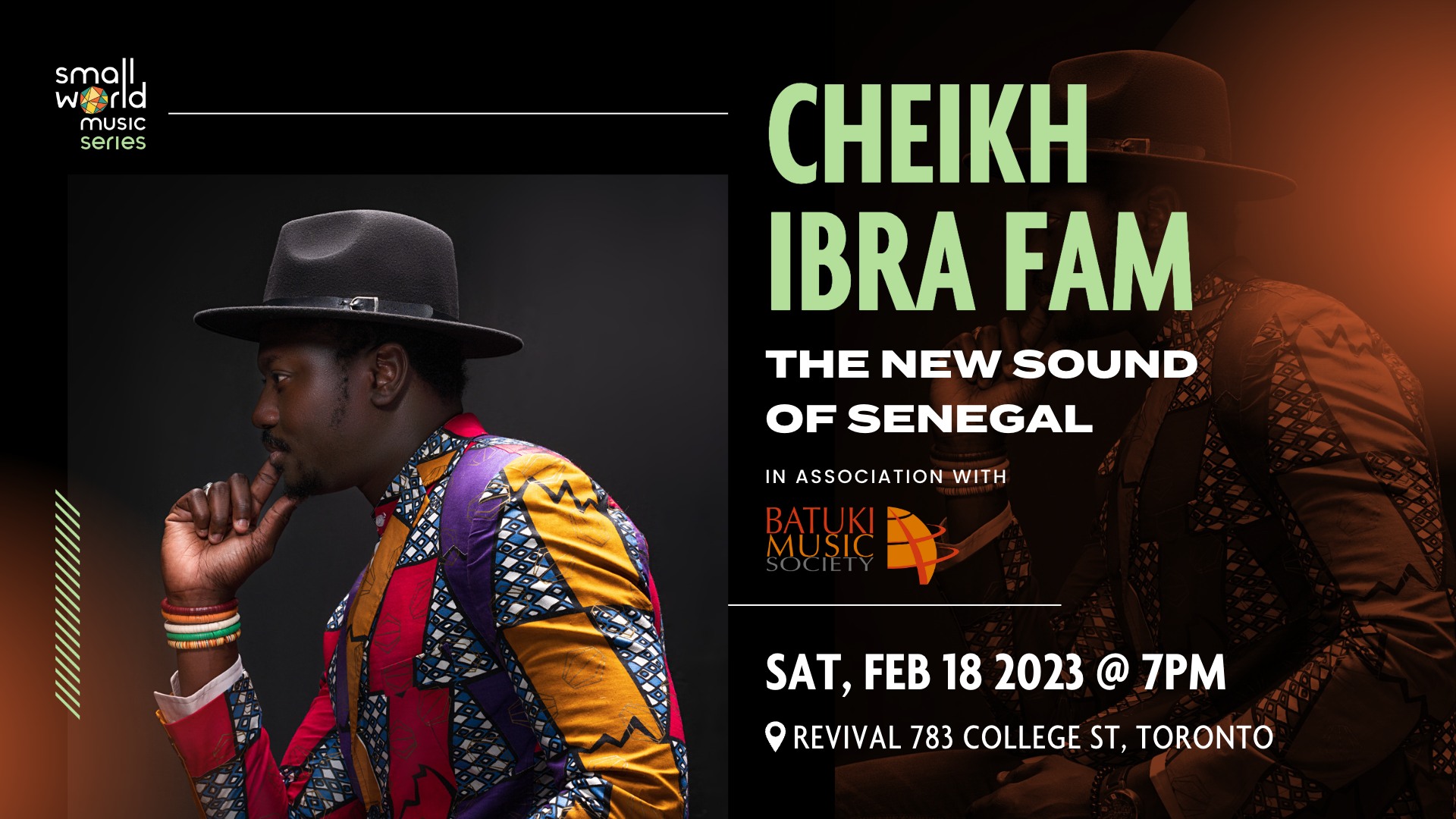 Small World Music  present The New Sound of Senegal in association with Batuki Music
Cheikh Ibra Fam is a multidimensional artist whose nearly 15 year career has demonstrated a free and futuristic spirit, well anchored in his Senegalese roots. He introduced his first international album in the Spring of 2022 entitled ‘Peace in Africa’ for the French record label Soulbeats Music. He is also a singer for Orchestra Baobab, a famous Senegalese Afro-Cuban jazz band. Cheikh is an RFI Talent, part of the Putumayo World Discovery Program and a socially involved artist who has collaborated with the UN Refugee Agency, Association Monégasque Internationale pour L’Art Africain (AMIAA), and Innovation: Africa.
It took a significant turning point for Cheikh to realize that the time had come for him to come into his own and to do so under his real name. After four years with Orchestra Baobab, an iconic Senegalese band that has been around for over 50 years, and with three albums produced under his stage name, ‘Freestyle’, which established his reputation in his homeland, the next step in his artistic journey was a natural one. As he prepared to leave Senegal and the continent of his birth, all his experiences and personal reflections on music began to make sense, it was as if the puzzle pieces were all falling into place.
Cheikh Ibra Fam’s first solo album, ‘Peace In Africa’, is the Afro-pop fruit of this musical impetus, it is as much anchored in Africa as it is open to the wider world, connected to his ancestral roots and resolutely contemporary. “Before, I was searching for myself,” the singer confided with a sense of relief and satisfaction that hints to his quest for an artistic identity.
The 2023 Small World Music Series is generously supported by TD Bank of Canada, the Government of Canada, Canada Council for the Arts, Ontario Arts Council, and the City of Toronto through the Toronto Arts Council.
DATE: Saturday Feb 18, 2023
VENUE: Revival, 783 College St, Toronto
TIME: Doors: 6 pm, Concert: 7 pm
TICKETS: $25 at SmallWorldMusic.com 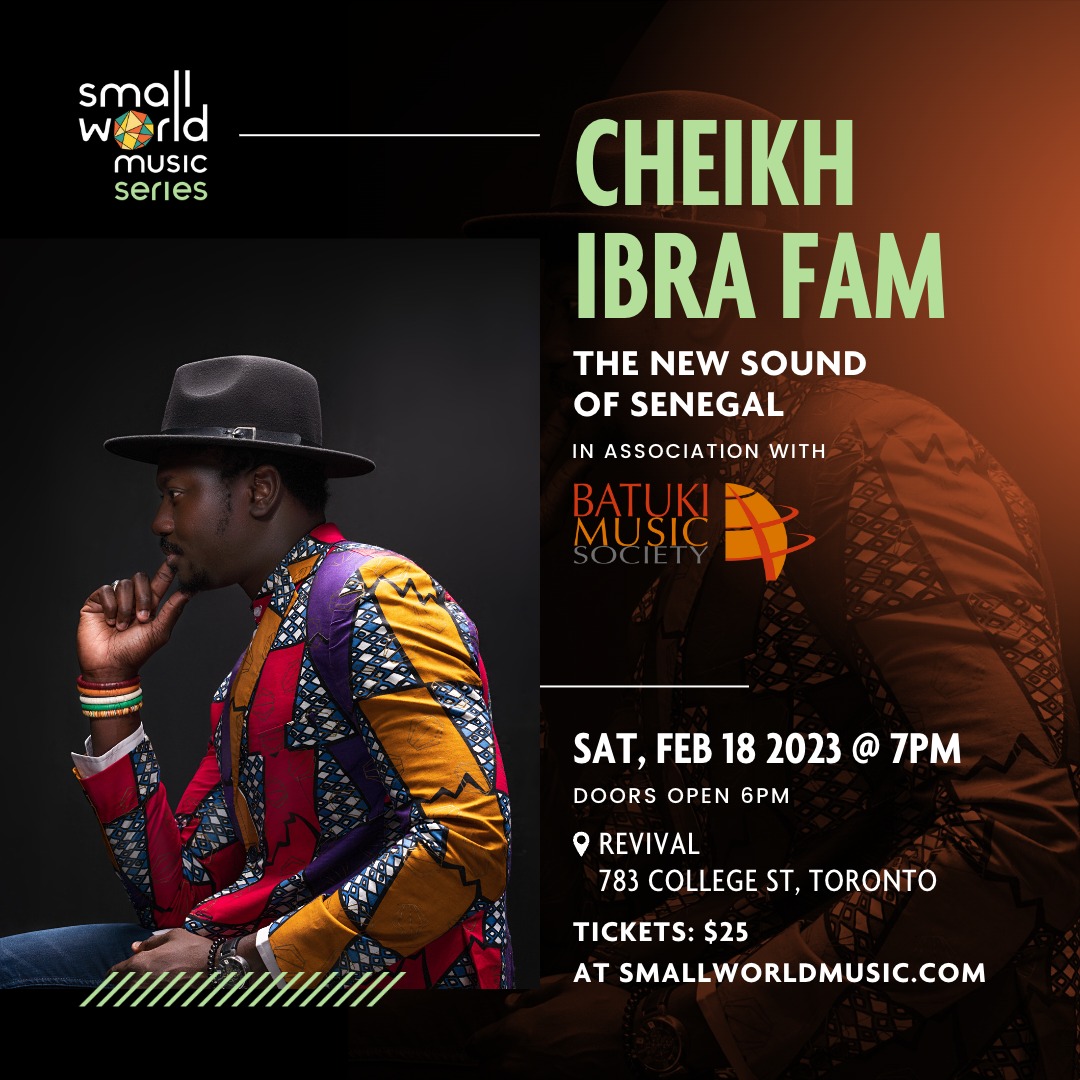