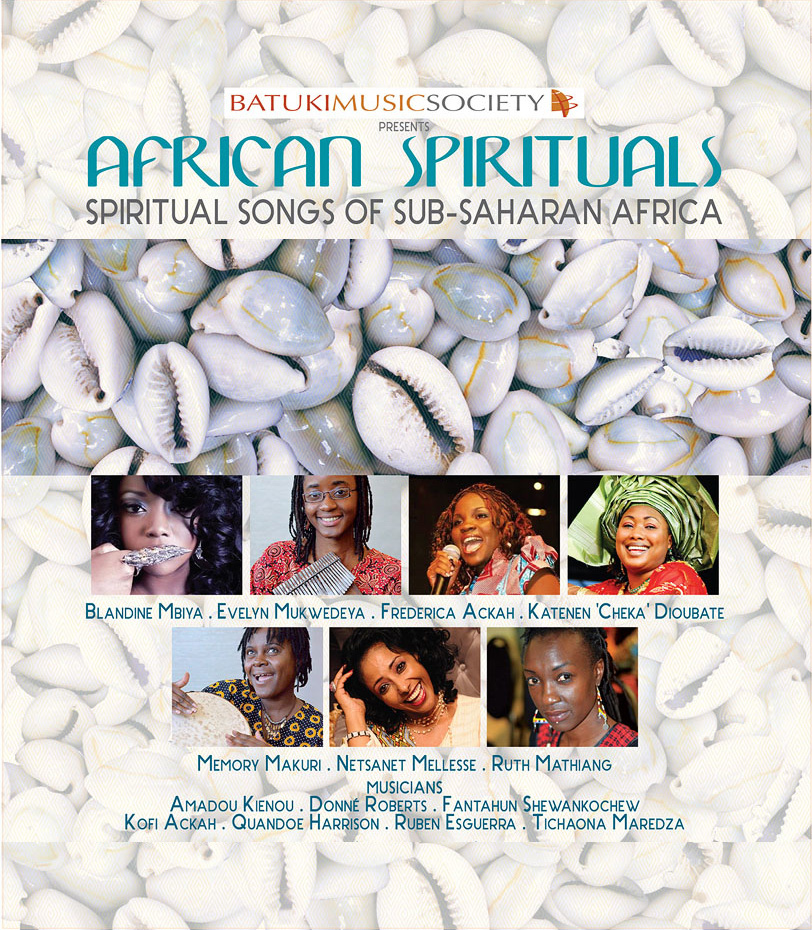 Spiritual Songs of Sub-Saharan Africa is a collective presenting traditional African music rooted in spiritualism. The group portrays the spiritual side of African music in its simplest form possible and a transition to today’s modern popular music influenced by western tradition and gospel.  You will be treated to an evening of soulful music from Sub-Saharan Africa ranging from; Guinean griot, Ethiopian soul, Ghanaian highlife and gospel, South Sudanese spirituals, Congolese rumba, to Zimbabwean spirit music.

The aim of this group is to produce and present shows that attempt to describe the evolving nature of African music from its traditional roots to modern. Emphasis here is on the spiritual music of Africa versus the modern forms of popular music largely influenced by western tradition and gospel.  The focus on Sub-Saharan Africa was not a deliberate act, rather the choice for the project was based on the rich talent pool available here in Toronto.  The lineup already includes some of the finest female singers in the city such as Blandine Mbiya, Griot Katenen ‘Cheka’ Dioubate, Ruth Mathiang, Evelyn Mukwedeya, Memory Makuri, Netsanet Mellesse, and Frederica Ackah, backed by an equally talented band consisting of Kofi Ackah on drums and percussion, Donné Roberts on guitar, Tichaona Maredza on rhythm guitar, Quandoe Harrison on bass guitar, Fantahun Shewankochew Mekonnen on acoustic krar, Misara on keyboards, Ruben Esguerra on congas and Amadou Kienou on djembe.

Evelyn Mukwedeya and Memory Makuri will perform songs of the Shona people using the mbira (thumb piano), hand clapping, shakers or hosho, and dancing. In Zimbabwe the mbira is the primary instrument for conducting healing ceremonies and other traditional rituals. Males usually played the mbira and its use to perform music was banned during colonial times, as it was associated with pagan rituals and rebellion. One of the first female mbira players and traditional healer is Stella Chiweshe, who did challenge the tradition of excluding females from practicing and has become a role model for younger females who have followed in her footsteps.

Congolese rumba is the popular music of the Democratic Republic of Congo. There is some Cuban influence as well as Christian choral music introduced by missionaries in the early 1900’s.  Rumba is sung primarily in Lingala, the lingua franca of the Congo, and other languages such as Kikongo, Tshiluba, Swahili and also French.  The success of the rumba is directly linked with the suppression of spiritual and indigenous music of the Congo, this time by Christian missionaries from Europe (Belgium and France).  Blandine Mbiya is a talented singer and songwriter who hails from the Kasai region in the Democratic Republic of Congo. Her styles include gospel, pop, r&b, rumba and other African genres. Blandine Mbiya would be singing some gospel inspired rumba as well as spiritual music of the Congo.

Katenen ‘Cheka’ Dioubate is a praise singer or griot who hails from Guinea (Conakry). Praise singers are a very important component in the Manding traditions of West Africa. They are the keepers of the oral history and culture of the people, and in their singing there is a spiritual element that has a calming effect on an audience. The function of the griots in society is so extensive that it covers events such as, singing at a marriage ceremony, rites of passage for young men and women, funerals, etc. Dioubate will bring to the stage her powerful voice, commanding presence, and the spiritual music of the Manding people that has been passed down several generations.