Nurturing the Community through Music & the Arts 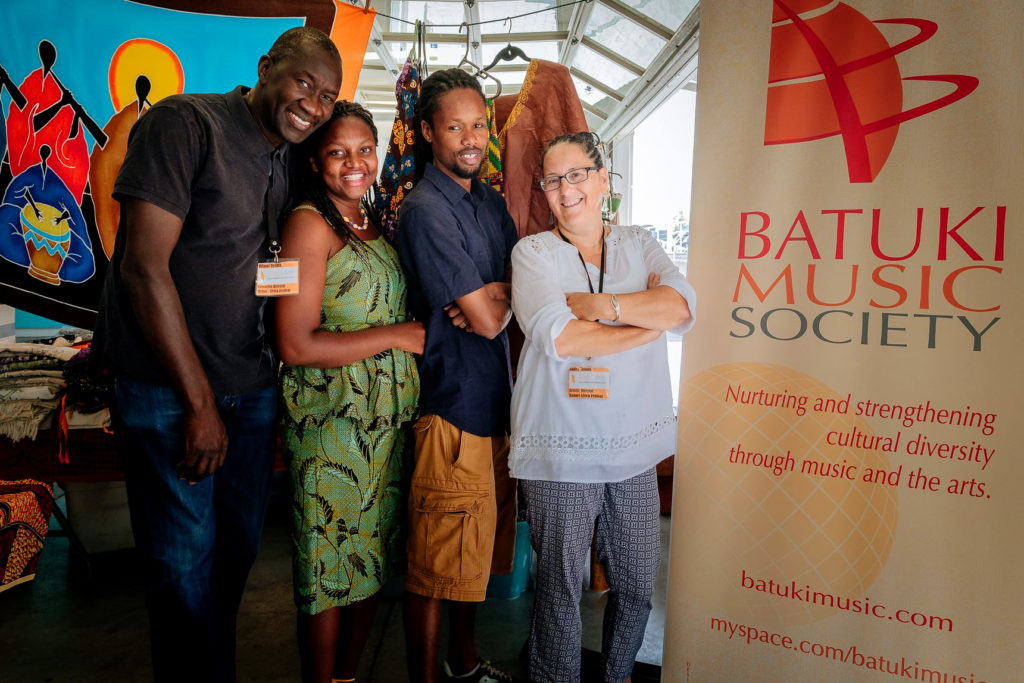 Batuki Music Society is an incorporated non-profit community-based organization that promotes African music and art through performances at music venues throughout the year and culminating into a weekend festival at the end of the programming season. The organization actively seeks out local artists and works with them by helping find performance venues, advice on career development, music recording, touring and management. Batuki Music Society also provides visibility and necessary publicity to artists who hail from minority groups by placing them in concerts and festivals in mainstream venues to help them integrate.

It is a difficult and arduous task to practice music and try to make a living in today’s economy. It is more difficult for new Canadians to grasp the process of creating music, developing, marketing, performing and touring. Batuki Music Society has identified some of the pressing problems that local performers of African music face in Toronto, and Ontario at large. It has taken the initiative to develop new talent by helping design projects such as booking an artist in a venue, work on their profile and kit, connect them with other promoters, or help them work on areas they need help in. Sometimes it may just be simple found advice and encouragement that the organization dispenses, and it works. Batuki Music Society has successfully worked with and helped local musicians such as Daniel Nebiat, a young man who is considered one of the best krar players in the Eritrean community to perform in venues throughout the city. Nebiat opened for Seun Kuti at Harbourfront Centre, and participated at the Horn of Africa concert at Glen Gould Studio.

Batuki Music Society was also instrumental in the formation of Afrafranto (Butterfly), a Ghanaian palm wine group made up of Theo Boakye, Kofi Ackah, Pa Joe, Ebenezer Agyekum, most of them members of the African Guitar Summit. Authentic palm wine music is on the decline, even in West Africa (Sierra Leone, Ghana) where it originated, hence, Batuki Music Society encouraged the four musicians to form a new group to resurrect and nurture this dying form of music. The organization has helped various artists that have sought advice and assistance for CD launches. Valu David, a singer/songwriter, guitarist who sings in various languages self produced a CD, titled Valu David. Batuki Music Society assisted in the launch at the Lula Lounge. 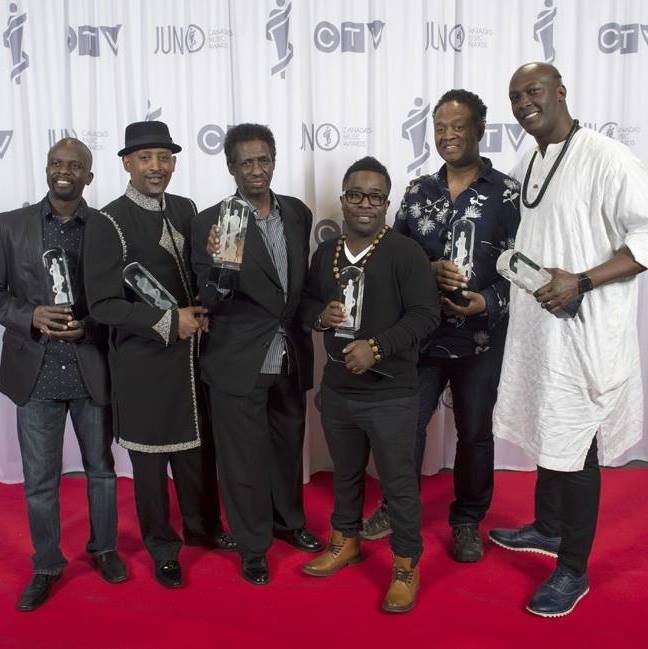 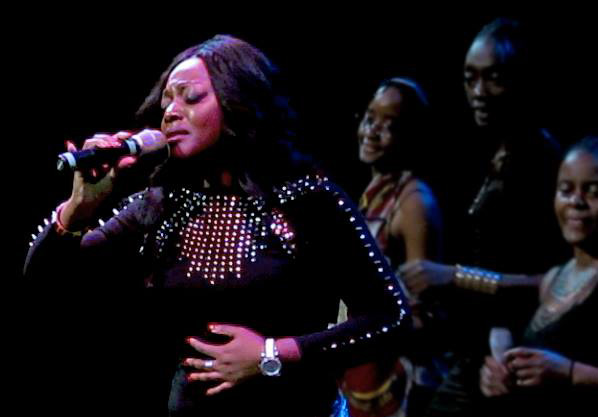 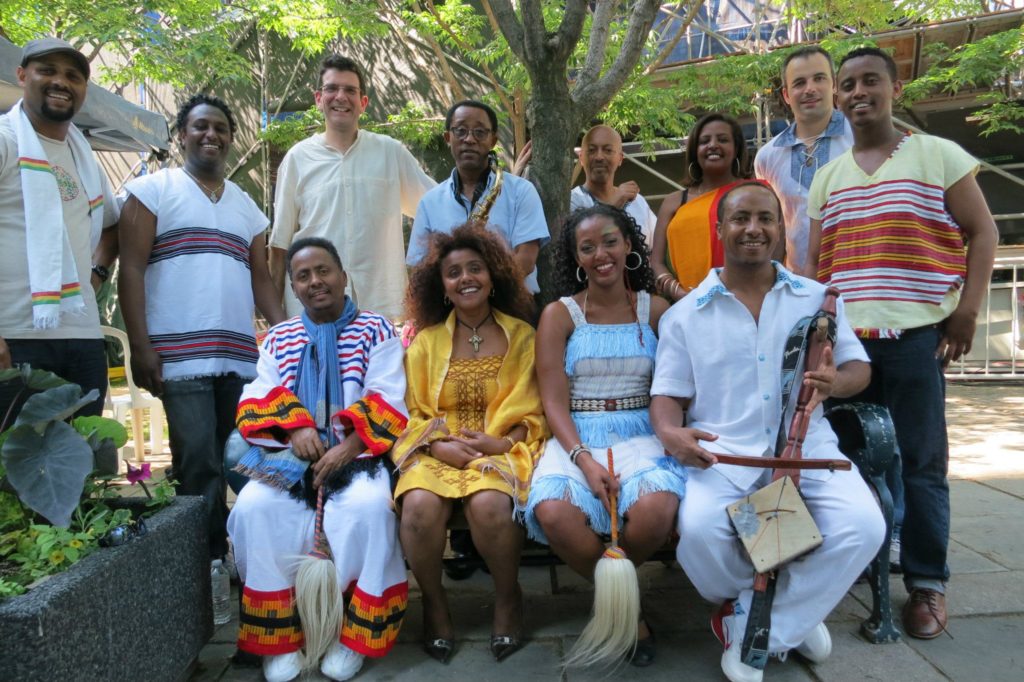 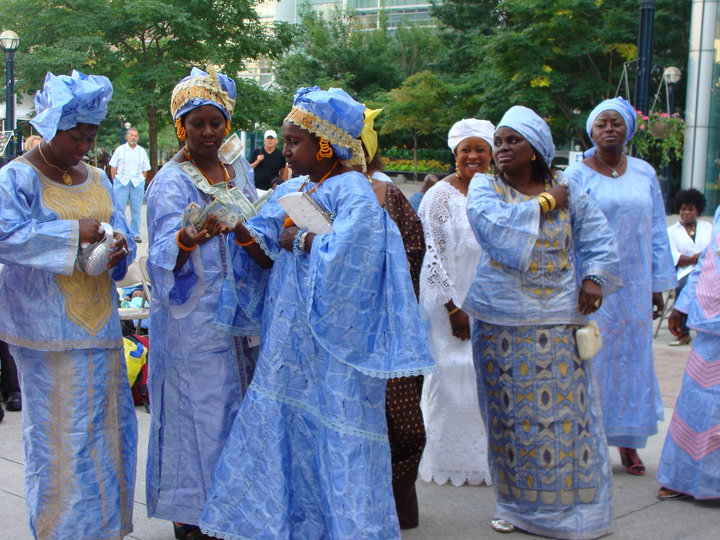 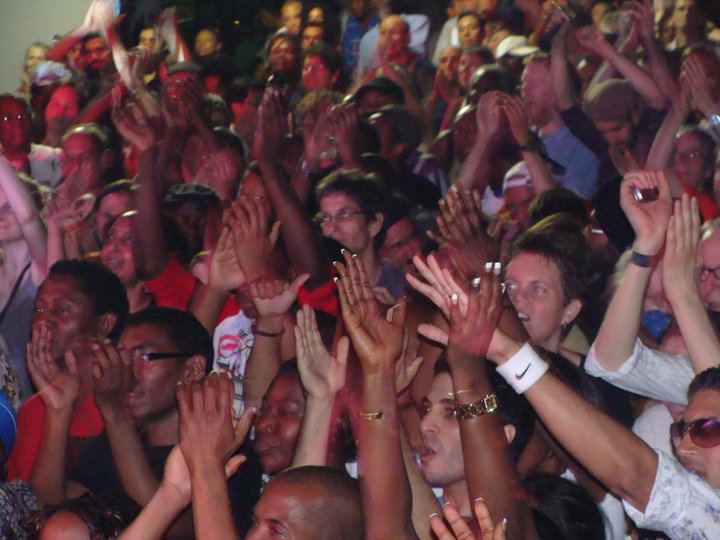 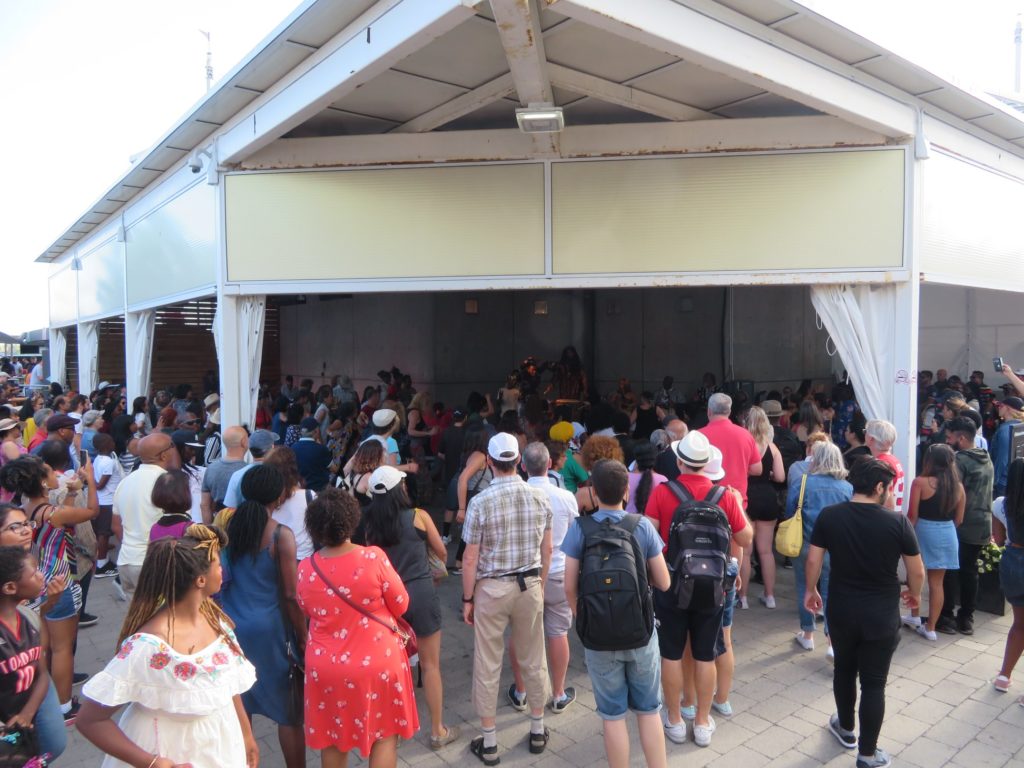 Summer months are the busiest ones for performers of African music especially in Toronto where festivals happen every weekend from early June to late September. Festival-goers enjoy a lot of free performances by local and international acts. It is also difficult for promoters and non-profit arts organizations to fill venues for ticketed shows at this time of year. Batuki Music Society has experienced this problem, hence, it has worked very hard to develop quality shows and events to attract and retain the audience. For example, some shows are free to the public, others are ‘pay what you can’, and some ticketed. A sliding scale is also employed for most ticketed shows to ensure that those with minimal income can attend.

Batuki Music Society works with other presenters in the city especially on larger projects to attract a large and diverse audience. Co-presentations also help in reducing overheads, such as marketing, promotions, venue rentals, etc. Batuki Music Society’s most recent project involved co-presenting Senegal’s Baaba Maal with the Royal Conservatory of Music at the Koerner Hall. Local radio has been a very valuable ally in promoting local African music. Most attendees for Bauki Music Society events hear about performances through radio, and of course new media (social networks).

Batuki Music Society also persuades some music promoters that typically do not hire performers of African music to try a group or two in their festivals, clubs or series. Such promotions help to develop a new audience that may have not been exposed to African music. Toronto is home to numerous cultures and Batuki Music Society is going to do its’ part by contributing to the wealth of sounds that populate this beautiful soundscape.

Some musicians hail from well established communities (early African immigrants such as Ghanaians, Nigerians, South Africans); and it is often at community events that they have opportunities to play for a fee or an honorarium. Most community functions depend on volunteers as well as artists donating their time. Batuki Music Society has been approached by several communities requesting help in organizing their functions, especially planning and executing performances. For instance in late 2009, the artistic director Nadine McNulty and Girma Woldemichael, a saxophonist from the Ethiopian community were discussing ways of presenting a concert to honour the late Tilahun Gessesse, a man who is attributed to the creation of modern Ethiopian music. A cast of the finest Ethiopian musicians in Toronto was assembled under the guidance of Batuki Music Society’s artistic director, Nadine McNulty. Proceeds from the concert were donated to an Ethiopian Charity, P2P, a group that helps AIDS orphans and their relatives in Ethiopia. The concert was a success, a testament to Batuki Music Society’s outreach skills, forging good relationships with communities.

The Southern Sudanese Community is a relatively small one scattered throughout the GTA, with a core in Toronto. They have young and developing artists who need help in career development, or just opportunities to perform in some of the city’s arts venues. Batuki Music Society teamed up with the Sudanese Settlement Services to present a festival for the community (We Are One). A delegation of the GOSS (Government of South Sudan) from Ottawa attended the festivities. Batuki Music Society is willing to help similar communities or artist collectives in designing or helping run projects as a lead presenter. 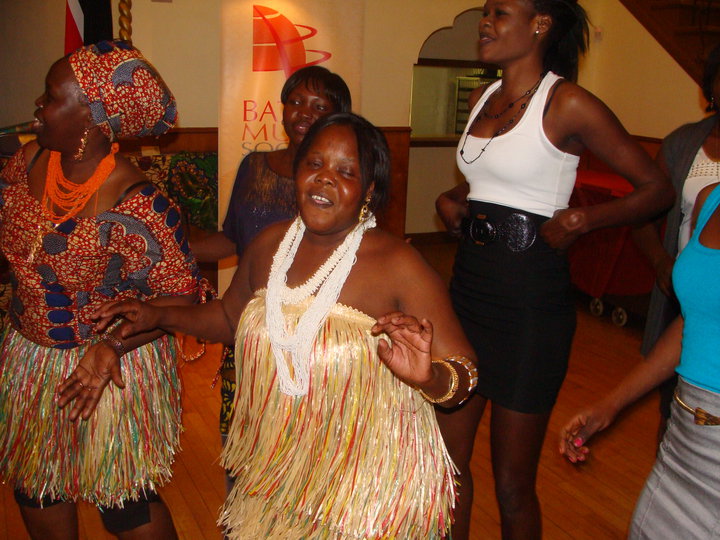 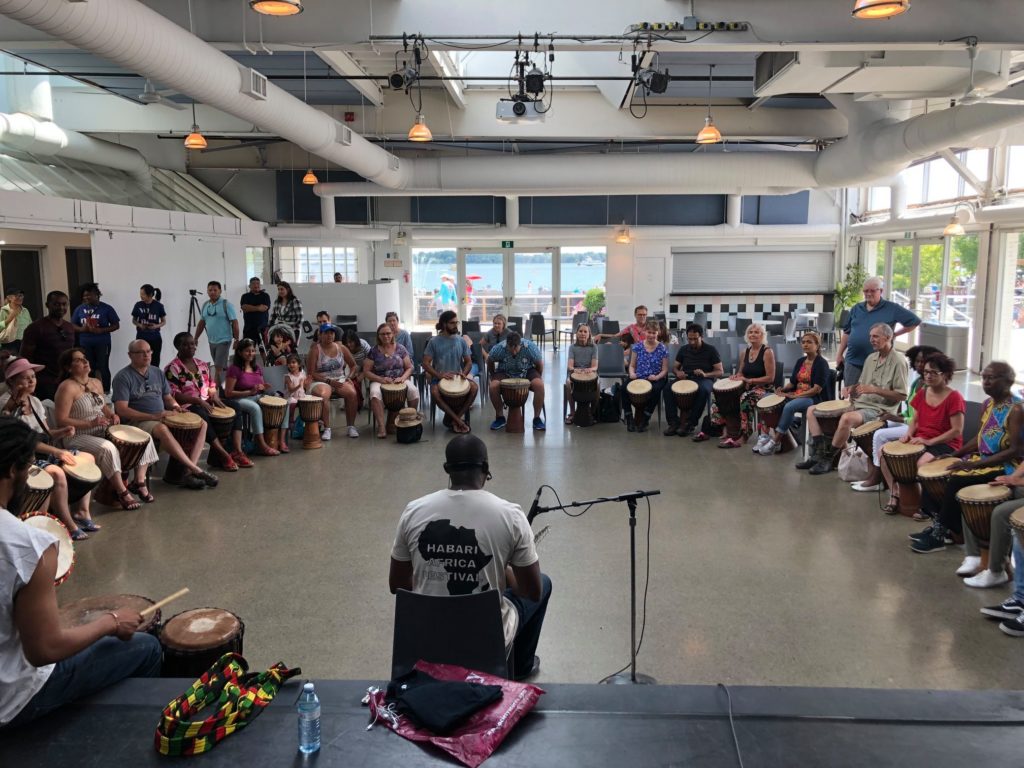 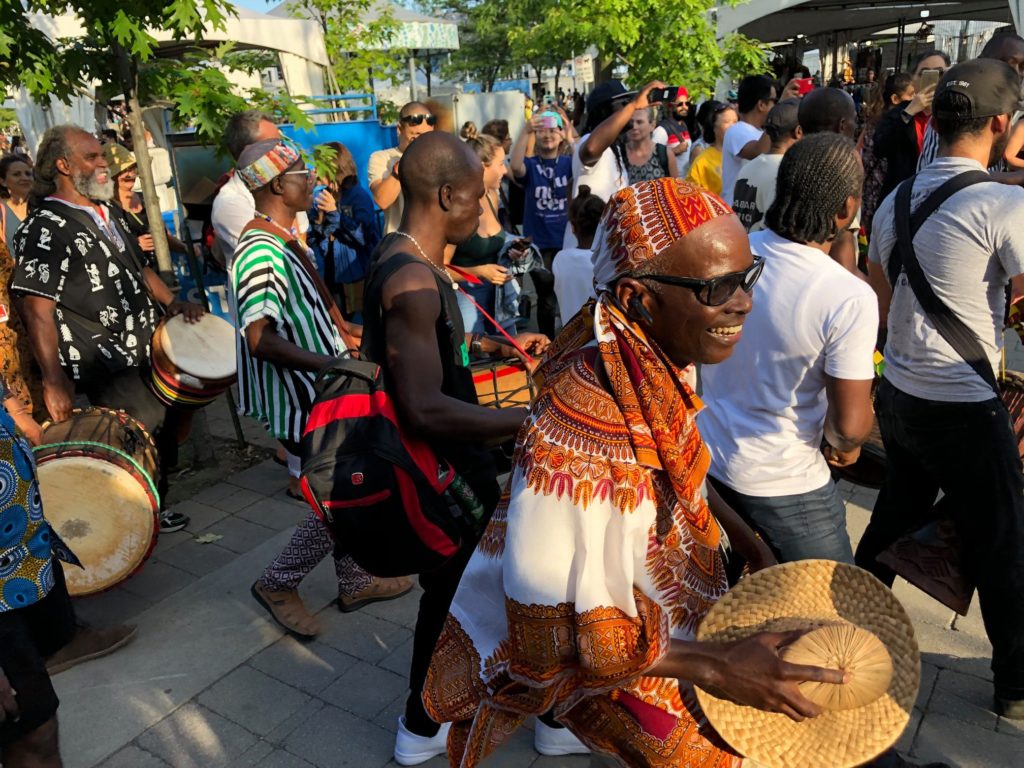 Thanks to Our Volunteers