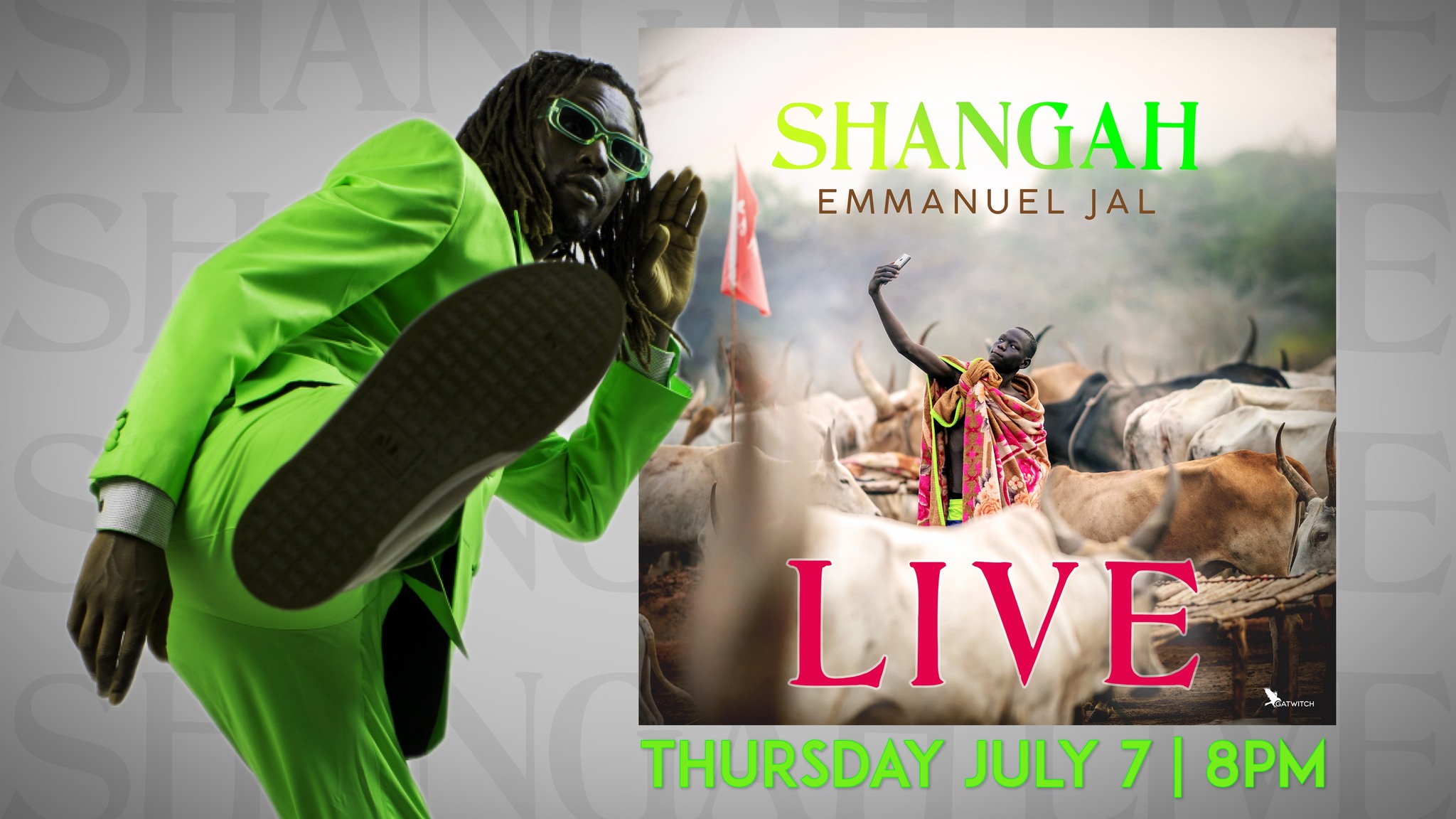 Emmanuel Jal live concert Shangah (I Am/I Have Been) at the Small World Music Centre on Thursday July 7th. Jal’s seventh album, Shangah is a collection of songs that weave traditional rhythms, language and melodies from South Sudan with modern East Africa sounds. Shangah will be officially released via Gatwitch Records on July 8th.
“The album reflects who I am, while recognizing where I have been. I want to create music which pays homage to my heritage while paving a positive way forward for my people.” Emmanuel Jal

From his start in life as a child soldier in the war-torn region of Southern Sudan in the early 1980s, Emmanuel Jal has come through huge personal struggles to become a successful and acclaimed recording artist and peace ambassador now living in Toronto, Canada. 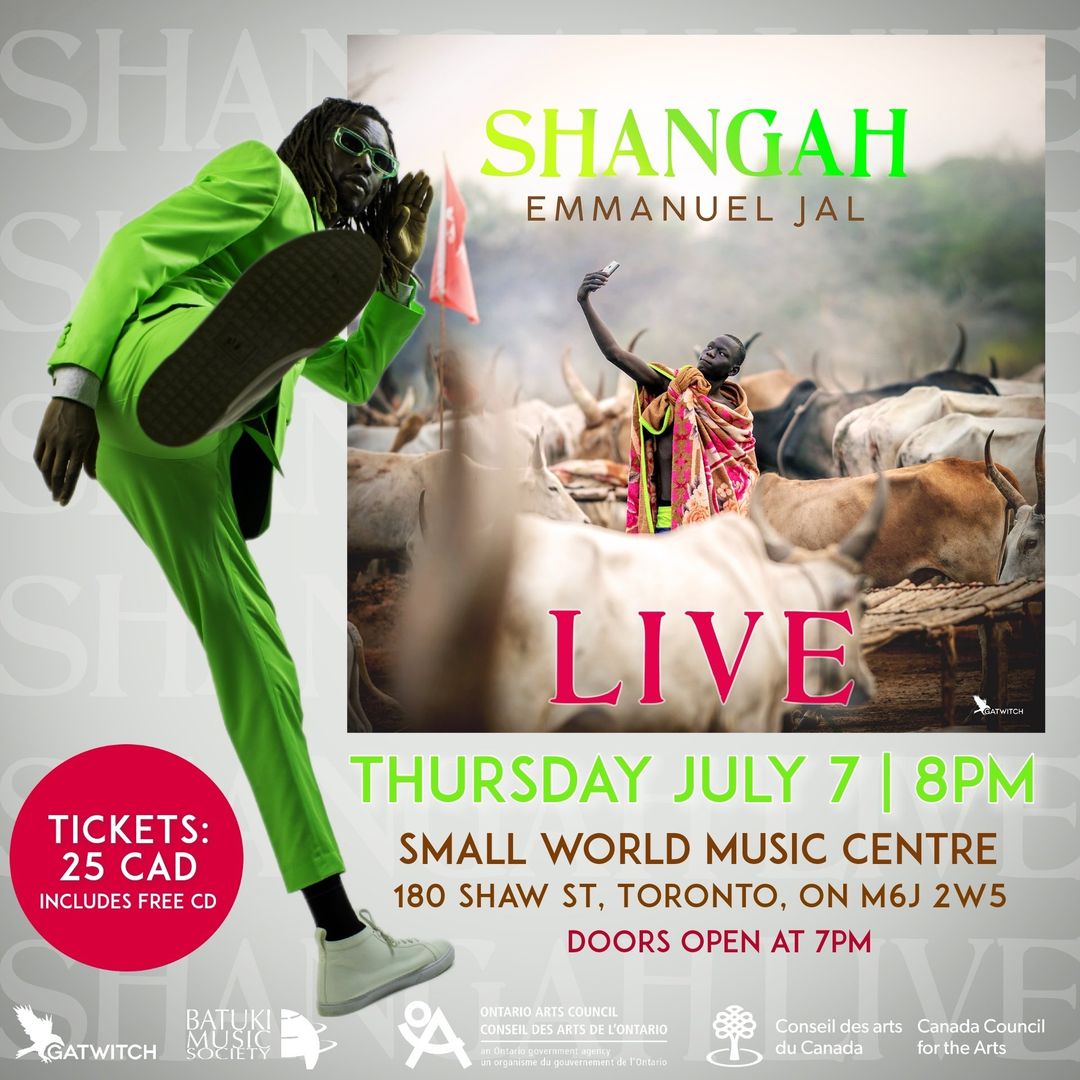