Lorraine Klaasen is a South African born Township music singer and actress based in London, Ontario, Canada. Lorraine is the daughter of the legendary South African Jazz singer, the late Thandi Klaasen. Lorraine is a very versatile singer with a classic Township vocal sound and sings in several Southern African languages including isiXhosa, isiZulu, seSotho, xiShangaan and Afrikaans. She also sings in Lingala from the Congo, Creole, French and English. Since arriving in Canada several decades ago, Lorraine has been the torch bearer of South African and African culture through her live music performances, cultural ambassador activities and hosting other African music giants at music venues throughout Canada, the US and the Caribbean.

Lorraine Klaasen is a 2013 Canadian Juno Award winner for her ‘Tribute to Miriam Makeba’ album. She’s also recorded several albums including ‘Africa Calling’, ‘Nouville Journee’ and ‘Compilation Vol. 1’. One of Lorraine’s musical career highlights is when she performed for former South African president Nelson Mandela on his visit to Canada. When Nelson Mandela personally greeted Lorraine, he noted the resemblance between Lorraine and her mother Thandi Klaasen who happened to be Nelson Mandela’s favorite Jazz singer during the 1950s when Mandela was an anti-apartheid activist with the African National Congress (ANC).  Lorraine has also appeared at the world famous Montreal Jazz festival several times over the past decades.

As a dedicated Pan African, Lorraine has spent most of her career connecting with Africans across the African continent and in the diaspora. Her annual performance at the Emancipation Celebrations in Trinidad & Tobago shows her determination to keep African music and culture alive in the Caribbean. Lorraine has performed in Aruba, Barbados, Grenada, Jamaica, St. Lucia, Haiti and Cuba. Lorraine has also performed in her native Africa, Canada and Europe. In 2016, she embarked on a US Midwest Tour that took her to places like Iowa, South Dakota, North Dakota, Minnesota and Wisconsin. Through this tour, she introduced South African Township music, culture and history to rural parts of the United States including Native American reservations.

Lorraine has collaborated and shared the stage with a lot of artists including her mother Thandi Klaasen, Oliver Mtukudzi, Dolly Rathebe, Dorothy Masuka, Roberta Flack, Vusi Mahlasela, Hugh Masekela and Patti Labelle. As a recording artist for Montreal based Justin Time Records, Lorraine continues to create new music that can be heard on Radio, TV, YouTube and live streaming on the Internet. 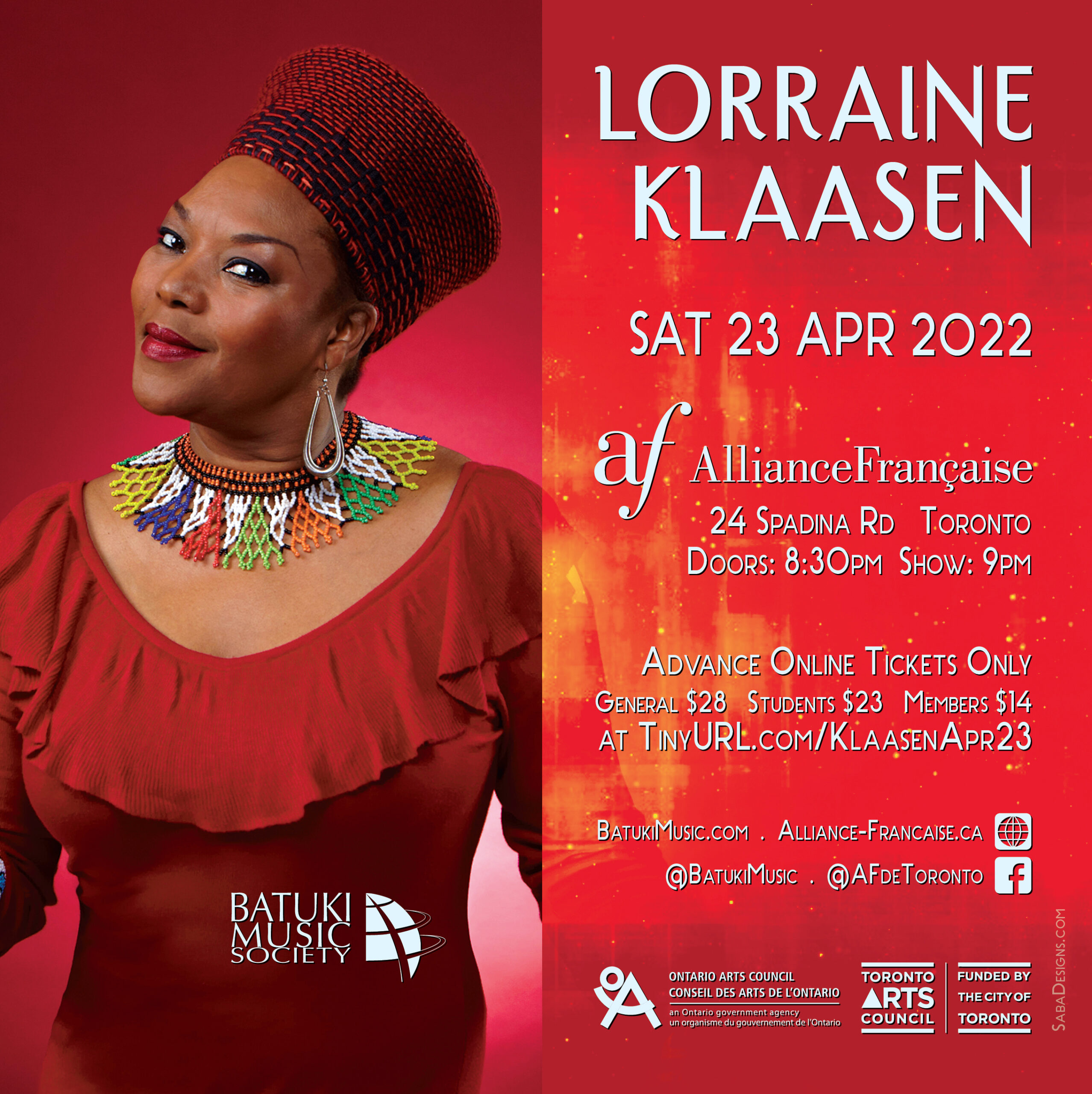