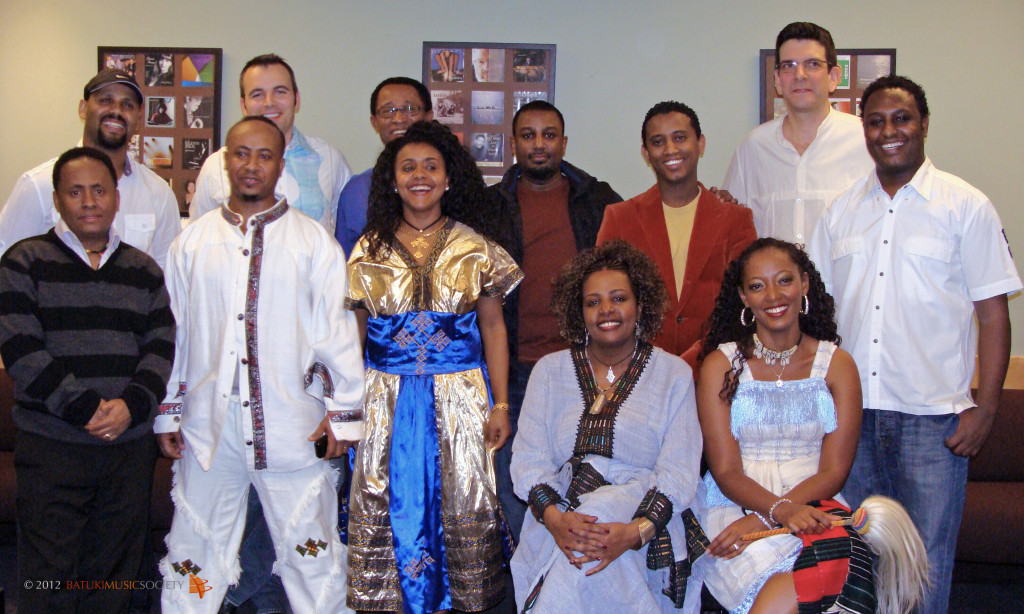 Ethiopia: A Musical Perspective is a look at the music forms of ‘Abyssinia’, present day Ethiopia – from the monochord music of the ‘Azmaris’ (story-telling and social commentary through song), the pentatonic and varied regional sounds to the hybrid and modern sounds of ethio-jazz.

Ethiopia has the enviable position in the African continent as the only country that was never colonized by European powers. It also had the longest and continuous monarchy until the overthrow of Emperor Haile Selassie in the ‘70s by the military.  Ethiopia had a glorious past as a country with a great civilization, and one of a few countries with a written language (the Ge’ez script) and a developed system of governance.  The resilience and bravery of the Ethiopian people in resisting Italian campaigns to colonize it is often seen by many Africans as a catalyst that sowed the seeds of independence for their countries.  The idea of a United Africa started in Ethiopia; hence, Africa’s first parliament was established in Addis Ababa, the capital city.

Toronto has one of the largest Ethiopian populations in Canada, and Batuki Music Society has interacted on many occasions with its leaders and artists.  There is already a large pool of talent within this community, and Batuki Music’s Artistic Director proposed the idea to put together a musical collective to present a concert to represent various traditions and cultures of Ethiopia. The lineup includes saxophonist Girma Woldemichael, krar player and vocalist Fantahun Shewankochew Mekonnen, vocalist Henok Abebe, vocalist Martha Ashagari, drummer Daniel Barnes, keyboardist Gezahegn Mamo, keyboardist Dawit Tesfamariam, bassist Yared, saxophonist John Maclean, masenko player Abebe Fikade and vocalist Eyerusalem Dubale.

There are an array of traditional and modern instruments representing a wealth of talent and energy that would be displayed on a single stage for the first time in Canada. Batuki Music Society is offering fresh eyes at defining what is Ethiopian music.