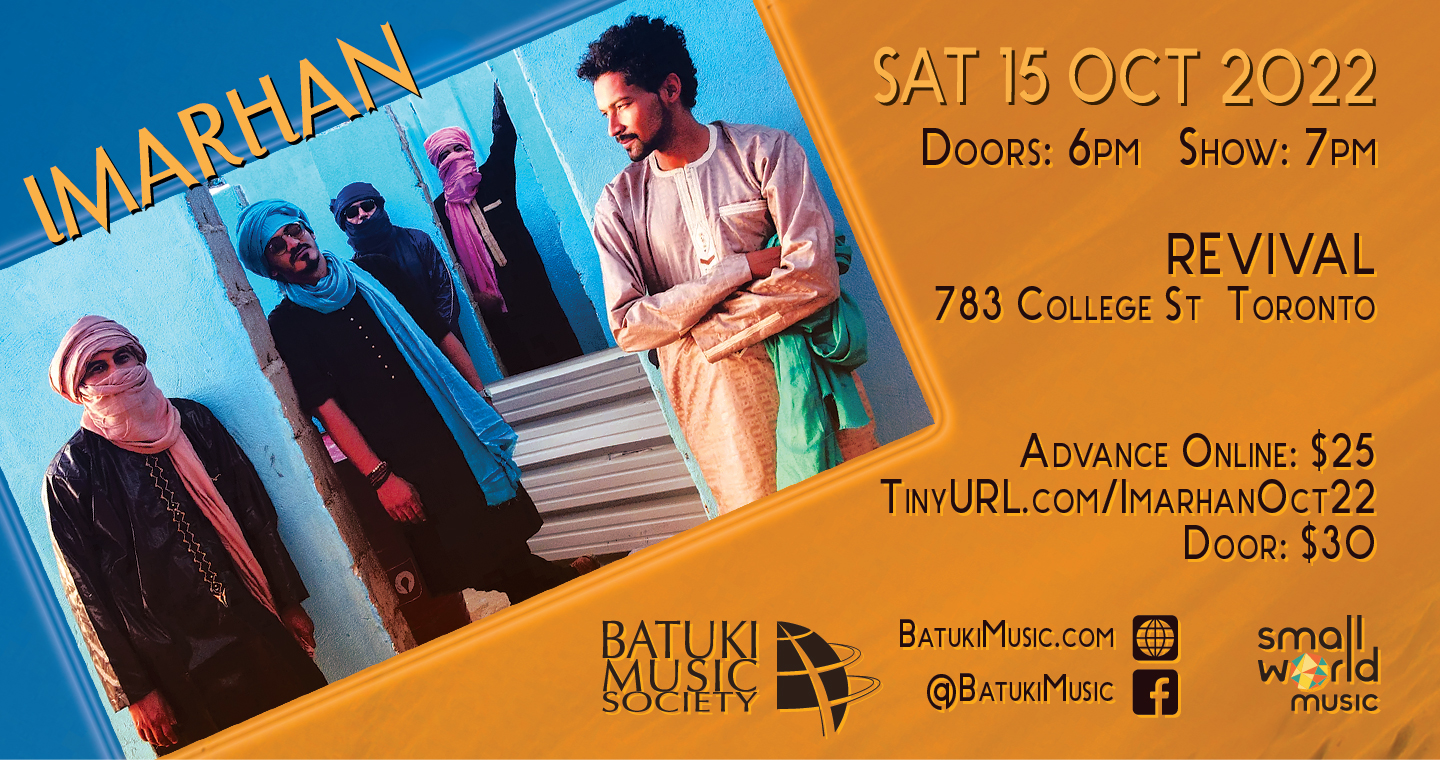 The voice of a new generation, Imarhan create a rare symbiosis of the ancient and modern and channelling a rich and varied wave of musical influences from Algeria, Sub Saharan Africa and the West, Imarhan celebrate Kel Tamashek stories of today.

The music of Imarhan has always been expansive, fiercely individualistic and embracing of the many varied styles they encounter. Based in the traditional sounds of the Tuareg people, in the Kidal Region of northeastern Mali, Imarhan bring the diversity, beauty, and struggles of life in their home city of Tamanrasset in Southern Algeria.

Imarhan formed at school in 2008 under the guidance of Tinariwen (Eyadou Ag Leche of Tinariwen is a cousin of frontman Sadam, and guided their evolution and produced and co-wrote several songs on their debut album). The band quickly gained acclaim for their effortless blend of the ancestral Tamashek poetry and traditional rhythms of their elders and sounds which reflected their youth and urban upbringing listening to music from around the globe.

Imarhan’s Aboogi Studio, named for the structures their nomadic forebears built when establishing settlements, is the first professional recording studio in their city, meant to serve the Saharan region’s community of musicians, many who’ve never had access to high-end recording gear before. Their third album, Aboogi, is a nod to the new collective space they had established, as well as the resilience of their culture and people. “Aboogi reflects the colors of Tamanrasset, what we experience in everyday life,” says bandleader Iyad Moussa Ben Abderahmane, aka Sadam. “We give space to the wind and the natural energies, to the sun and the sand. We want to express their colors through music.” 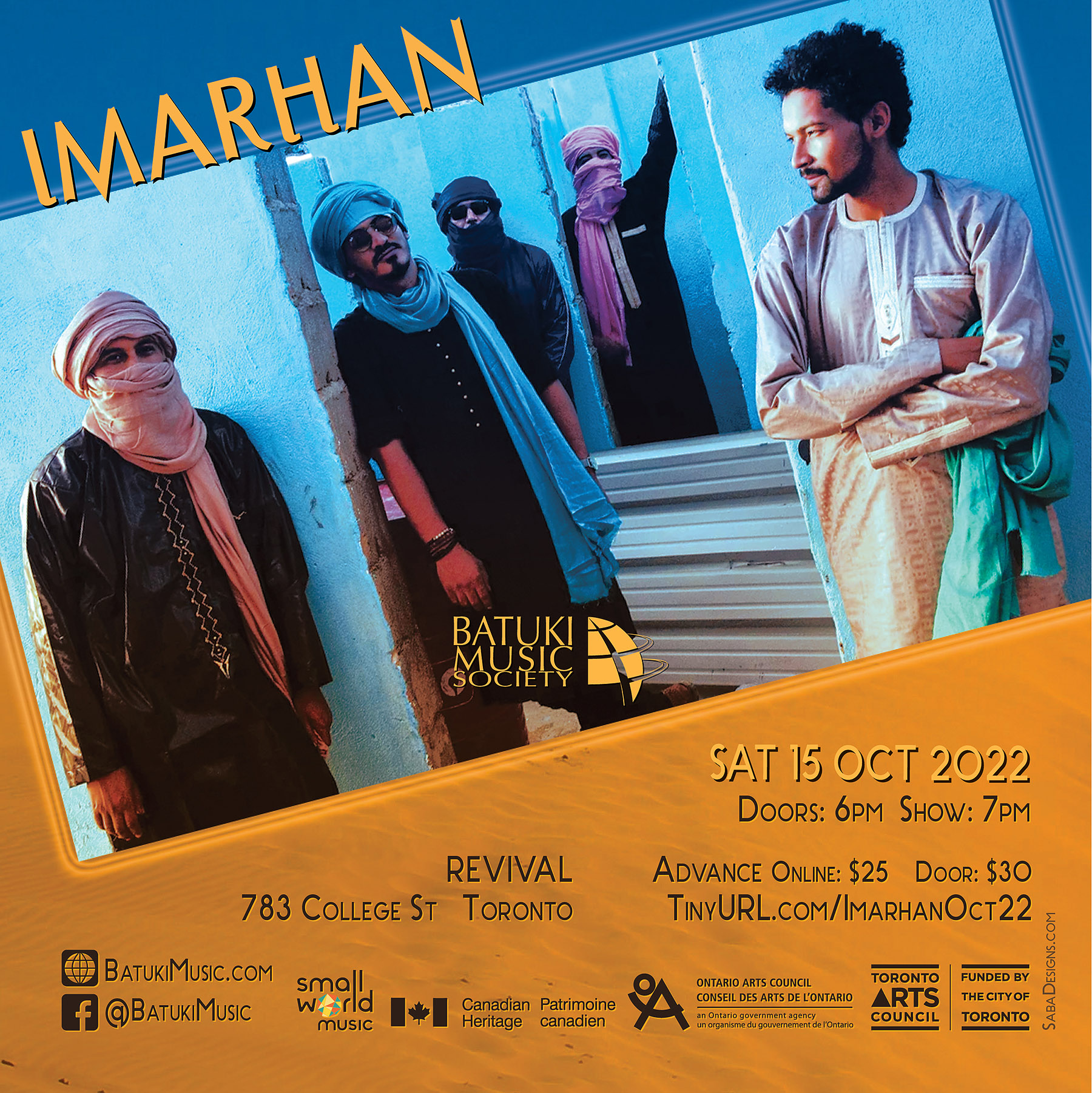